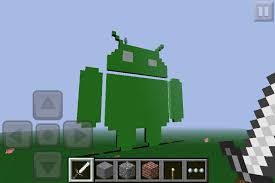 It used to be not so long ago that people just simply did not carry mobile phones.

Towards the end of the 20th century mobile phones became a lot more popular especially in the industrialized world. Very quickly, the cost of handsets drastically decreased, and economies of scale and the establishment of industry standards push the use of mobile phones like never before. This giant explosion was very rapid. Along with the increases in capabilities of hardware, mobile phone games also became a lot more ubiquitous and a lot more sophisticated. There’s a lot of different parts in mobile funds that of an upgraded overtime to increase storage, computational power, the responsiveness of touchscreens, resolution on displays, and the ability to transfer information over broadband and increased OS sophistication and speed.

It used to be, back in the day, graphics or mobile phones are basically limited to black-and-white or some kind of weird monochrome colors. There were single-channel tones on everything, and you really couldn’t get decent graphics on a mobile device. You needed to rely on the keypad buttons in order to do any kind of input. Even back in the early 2000’s, there were client/server games and you can kind of play online but you couldn’t really run your own applications on your phone very well.

And then came the big day! The invention of the camera phone.

Even bottom of the barrel phones suddenly had the ability to display pretty good resolution images. Even got increases in sound and some phones could even do video. Not only that, but some phones could be upgraded with memory cards nor did download and run applications. There were new industry standards like J to and be BR EW that help set the stage for mobile games to become produced commercially.

The country that really led the development of mobile games in the early 2000’s was Japan. They were way ahead of United States or Europe. They’re all kind of virtual pet games, puzzles, all sorts of different high-quality graphics games and started to come about by about 2003. They had an emphasis even on creating arcade style games, like back in the old days, for short play sessions on mobile phones.

If you’re a Herobrine fan check out Herobrine vs. Mobs on Google Play Store.